The first time I became aware of Bernard was at the Wexford Railway station one early January when I was seeing a New York friend off, heading to America via London.  It was a hectic scene, with lots of bags, heavy overcoats, babies crying and sad goodbye-ing. My head was spinning around trying to take it all in, when my attention got drawn towards Bernard. Throwing his case on the overhead while making jovial quips in the smoke filled nervous air, he was filled with so much life and enthusiasm I had to study him. He had a little goatee beard and James Joyce glasses; his head swiveled with enthusiasm towards the other brave faces that were trying to lighten the atmosphere. He had a loud voice, and a sort of ancient Wexford accent, mingled with English intonation. It was goodwill Bernard, charming charismatic Bernard, and I wanted to know who the hell he was right away, I was pleasantly surprised to find that he was my friend Jimmy’s older Brother, they didn’t look like brothers at all. Soon afterwards I went back to New York and didn’t see him again for a long time after that, but he had made an impression on me.

That all changed later when I got signed to an English label, and began spending a lot of time in the U.K. Bernard began appearing at my gigs, where once again he was buoyed by the surrounding atmosphere, particularly the attractive females. Even though he was almost exclusively an Opera fan, he was very capable of giving me a constructive revue of my music. Of course he never used contemporary music parallels, he would point out the Sibelius parts of my songs and the Puccini influences, stuff like that. He suggested that I read James Joyce’s The Dubliners; it was the first of many times that he would gently point me towards constructive influences. Of course, I was delighted with myself being taken so seriously, it didn’t matter that I thought he was being dramatic; I appreciated his effort to acclimate with alien music and a younger crowd. When Bernard wanted to give you a compliment it was a big one, he didn’t talk in small town terms, he talked in terms of history, it didn’t matter what your achievements were. You were as important as anyone; you didn’t have to be recognized by anyone else.

Bernard was opinionated, he had strong thoughts about almost everything, he hated boxing, said it was brutal and cannibalistic, the Williams Sisters ruined tennis, because they just hammered the ball. Forever against the grain, he preferred doubles! ……Pavarotti’s voice was too thin on the top, and he wanted to kill Andrea Bocelli. Bach was just a mathematician, and modern classical music was destroying Lyric FM and BBC 3. The weather was almost never suitable for him, and he hated green food, couldn’t eat dairy because it upset his sinuses and all healthy food upset his guts, even a slice of lemon in his Vodka was classified as fruit, and not admissible. He blew his nose regularly with a loud hoot. He called Verdi “Papa” because he loved him so much, and when the Swedish Tenor Jesse Bjorling sang he gave a running commentary about every minute nuance of his voice, his breathing technique, his fluency and effortless leg-Atttto, all musical terms were pronounced with a strong Italian accent of course. He was appalled when I told him that I preferred French to Italian, said he was very disappointed with me.

Unlike me, Bernard was very good at building and fixing things, Clare would always keep a snag list for his next visit. He always carried a plastic shopping bag folded into a small square, and a plaster, for emergencies, a habit he picked up from his parental responsibilities.

Almost every day he would pull out the vinyl set of an opera, and sit there listening to the entire thing from beginning to end, like the way most people would watch a movie. There were different versions with different conductors, and he would point out the difference, he liked one because it was slower, and disliked another because it was too slow. When he had a few glasses of wine in him, he passionately conducted with such vigor, that he often caught the side of his glasses, sending them half way across the room. He described music like it was food or wine, on many occasions I had to come to his house and hear the piece of music he was talking about because it sounded so delicious, I usually preferred his description to the actual, I often wished that I could just compose what he talked.

When I was in Wexford, I often went to Bernard’s house in the late afternoon for a cup of tea and a biscuit, he made a perfect cup of tea, and delighted in passing me the black plastic Jack Daniels ice bucket, filled with a Biscuit variety; all the ones that I denied myself at home: Kimberly, ginger nuts, custard creams, bourbons and fig rolls. In the half light of the evening we would sit there and talk, he avoided bulb light until the last minute, he would quote his Brother Jimmy, of whom he was very proud “Jimmy would kill you for putting the light on during the day” Seeing Bernard at this time was always a great respite from life’s pressure. His world seemed to portray an older time, it was like visiting a parent or grandparent even, he had that kind of generosity. God knows he wasn’t rich, but he was never broke either, he seemed to be above it and required little luxury beyond his Hi Fi and 52″ TV.

There is no question that Bernard liked a moan on his down days, but he never minded me telling him to give it a rest, at those times he would transfer from a caring older sibling to childlike, he could be very self – critical at these times, and he seldom, if ever, said bad things behind other peoples backs. He usually would say it to their face if he had something to say, and most likely it was for the other persons good….Except for politicians of course! It’s probably just as well that he never met Maggie Thatcher.

Over all there was only one Bernard Lacey, and there will never be another, we have lost a great character and a massive presence, a tremendous intellect and fountain of musical knowledge. I have lost a great friend, Wexford has not been the same since he left Johns Street last year and returned to England to be with his Children and Grand Children at the end of his life. That house still has his heart beating behind the lace curtains, I imagine him sitting there in his pilots armchair, multiple TV controllers on the right arm, hi fidelity stereo within reach of the left, cup of tea on the table and ironed hankie on his knee. He has left us too quietly it seems, but all requiems end with Libere Me, the calm at the end of a storm. Bernard was a storm of energy and huge presence. He gave more than he took, except for now, he has taken himself. Clare and I have dreaded this day, we knew it was coming, if there is a heaven, they better be ready for a good argument. 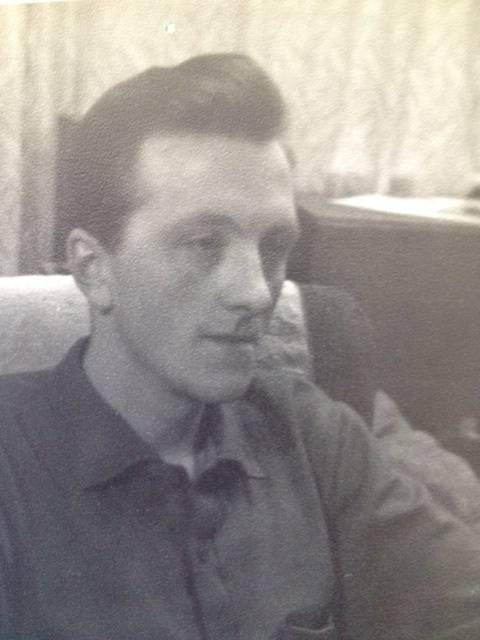