Last Night I Had a Dream 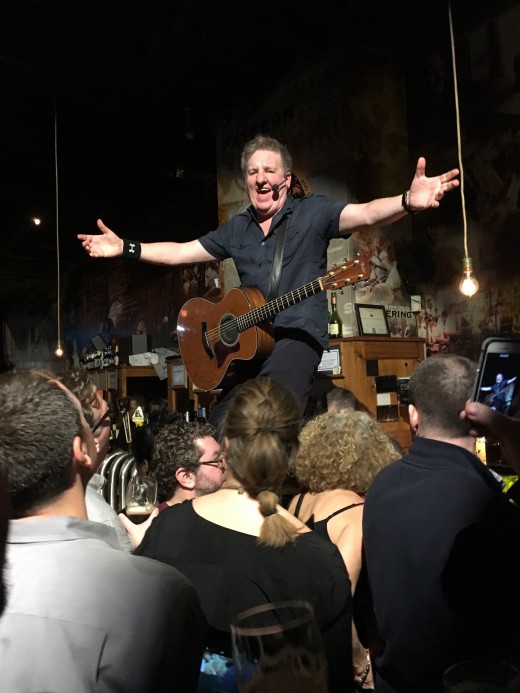 Last night I had a dream.

I had a dream last night that I wrote the perfect hit song. I was able to look at it objectively and decide that it had all the necessary content to be a hit. It had a catchy melody, but not obvious, it twisted slightly just when you thought you knew where it was going, and after turning that mysterious corner, just as you were feeling a little lost, it returned to a hook that looked and felt like home, like the familiar wallpaper of my parents sitting room, it made me feel at ease, a hand in glove, and it broke into groove with slight edge making me want to dance. Remember this was a dream, so there were no practical issues that could interfere with the appointed outcome, also, because it was a dream it may have begun with the outcome before it started, so it could be pre-designed to not fail. Maybe I wished that I could write a hit song and then dreamed that I did, so therefore I knew what I wanted before I began, so being that it is a make believe world anyhow, there was no reason for my wishes to have any obstacle to impede their conclusion.

However, there was a snag. I sat there looking at the song for a while and thought of what the consequences might be if it was a hit, or should I say “when” it was a hit, in the dream there was absolutely no doubt, I just needed to put it out there. It was all very clear and exact in the dream. If I put the song out it was going to be a huge hit, it would be all over the radio, it would have millions of hits on YouTube, instead of booking venues that hold 100 to 300 people I would be playing in six thousand seaters like Radio City Music Hall. The newfound wealth that would come with this played no part in the dream at all by the way.

A cold plastic feeling came across me, I could see the song as an island of architectural precision, it was like a ship or a spacecraft, everyone wanted to get on board it, and it was clear to me that it would sink, crash and burn pretty soon after it was launched with all my present friends on board , some new ones would die too, when it was over there would be no-one left, and no new ones interested either. It was a one hit wonder, I would live in the world of novelty for the rest of my days. It was horrifying to me. When I woke up, I lay there on my back staring at the ceiling fan stood still with a cobweb reaching across to my signed Angela’s Ashes in its zip-locked bag on the shelf above my head, one day it might be worth something? Money! Fame, fortune, I believe that I once assumed those things would come my way one day, lately I have become more and more skeptical about that outcome. But I have to say that dreams can straighten out this kind of confusion. I woke up this morning with a slightly clearer idea of what it is that I want, and a little more sure that I may have known all along. Just like the dream, I planned the outcome before I began.