More stories from the house on the Quay 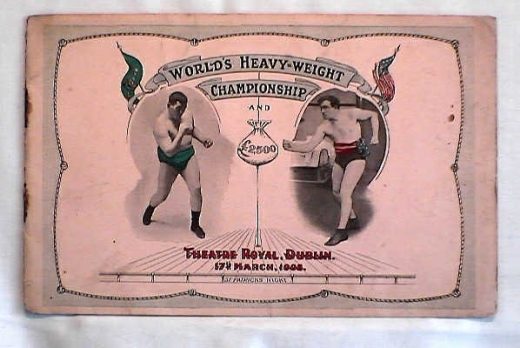 I looked out the window at the old black Anglia, silently parked on the quay by the tracks where the Boat train runs twice daily. It was a big old black thing that we had bought second hand for a hundred quid. It’s tall and long body gave it the appearance of a nineteen fifties hearse. I picked up my old acoustic guitar and started picking out notes to accompany my thoughts “maybe my Mother and Breda were right about Sputnik? Maybe it was some kind of tragedy?” I had no experience with real tragedy, and I suppose I had never really believed that he was our dog because of the way we inherited him.

He was not a housedog that’s for sure. No one kept tabs on his actions at all. He got up in the morning after sleeping on the landing in front of my Parents bedroom, ate his breakfast, usually bread covered in left over tea with milk and sugar, and went off for the day to do whatever he liked. I often met him in far off places just walking along like a stranger. One time he was with an older widowed woman who seemed to know him, she signaled to him that it he should wait for the traffic before crossing the street, he respected her advise and acted like he was hers. He did a double take when he saw me, and came running over, he wagged his tale profusely and circled me a couple of times, going all floppy with admiration and delighting in the surprise of us running into each other so far from home.   I gave him a bemused look and carried on, thinking he would follow, but he didn’t. As soon as he was finished bidding me good day, he went back to that woman, they continued on their way. Was he her dog too? I know that he used to visit his original owner – my Brother – occasionally too, just pop in for a wag and a saucer of tea. If I wanted him to mind the shop I had to grab him before he went out on his daily rounds, tell him to stay where he was. He was very obedient like that. I looked out the window one more time at the old black Anglia, I imagined him in the boot, it all happened so fast. But so slow is the evening upon approach, with that old black machine sat motionless awaiting someone with a key to finish a day of upheaval.

The Dublin Rosslare Boat Train travels so close to the main road; passing cars are often deceived into thinking that it is actually travelling on the road with them. Strangers are confused to find passengers sitting at a train window seemingly driving along side. The tracks follow along between the River Slaney and the road to the foot of the New Bridge where they cross over the road. It’s a very busy intersection from the Dublin Road, it was assumed that cars would know not proceed on to the Bridge at the sight of that mammoth machine cruising along in their path. But sometimes they couldn’t fathom the reality of the train’s route; was it not going to veer off? Was it really going to drive across the road! into their flank…….Yes!… BANG!!! Too late.I’m slightly ashamed to say here, that I did run for my camera on one of these occasions, my resulting photo made the front page of a National paper with full credit; the sight of a car crumpled beneath a train was pretty sensational. However there were people in there trapped! A woman standing next to me said that I should be ashamed, I was then! But I had been there….right there on the spot, wasn’t that my job as a photographer? Thankfully no one was seriously injured, that woman’s words did affect me though, the next time it happened (and there was a next time) I left the camera behind. Eventually they installed traffic lights at the bottom of the bridge, they went red when the train was coming, however they were the towns first traffic lights, and because they were only active if a train was coming, some unfortunates didn’t take them very seriously either, a costly misjudgment. Still no one was ever killed.

It was a tall shop counter, one that I could easily hide behind while seated on a low stool. I could be as busy as I chose to be. Rec-Pho was my brainwave, I had many, only my Mother could compete with me for brainwaves, I was her brainwave actually, and she displayed a keen desire to see her ideas through, so I tried to follow suit. Before Rec-Pho the shop was called Molly Roche, my Mother’s maiden name. She had already failed with a corner grocery shop, but quickly enough moved on to the Molly Roche idea. She had always been extremely proud of her Father, Jem Roche, who had been a successful heavyweight boxer, a Champion of Ireland who had fought and won against many world-class fighters. His biggest claim to fame was fighting against the Canadian Tommy Burns for the world heavyweight title. Burns was touring the world trying to get away from Jack Johnson, and stopped off in Dublin to fight her Father for a purse of twenty five hundred pounds, a phenomenal sum in
1905. Jem was beaten in the first round; I once read an article that suggested the loss was inevitable. His role in the fight was not just that of a boxer, he had the morale of that entire poverty stricken country on his back. Bets were placed at pubs and marts, not against him, but for which round he would murder the Canadian in. Dublin was besieged with visitors from all over the country just hoping to be near the hall where the fight was to be. Word got ‘round on the whereabouts of his hotel, and drunken enthusiasts gathered outside to show support. Unfortnately they lost track of their intake, and forgot to be mindful of Jems need to sleep, he shouted down at them to shut up from his hotel window.

“Yis it tiss, now for Gods go somewhere else and let me get some sleep”

Apparently it went on for a long time, pushing Jem’s tolerance to the limit.

“If you don’t shut up and fuck off, I’m goin to come down there and knock your block off”

“Oh yeah, gettin all big headed now I see, well dares more den one of us down here young fella”

Ultimately it did come to blows, the article said, Jem had to get dressed and come down after them, th
eir belligerence continued, he had no choice but to knock the noise out of them, and crawl back to bed exhausted. The next night Tommy Burns had the edge on my Grandfather in many ways – besides his skill and stature – he also had a team around him who knew how to play every advantage. Jem was marched into the ring through the jam packed Theatre for an Eight O’ Clock fight, and left there to stew in the bright lights, waiting for almost an hour before his opponent arrived. Within a very short period a smattering of punters came pouring out of the Theatre in disarray, some held their tickets up high and offered them for sale. One was heard to claim that Roche was murdering Burns and he couldn’t watch it any more, it was a ruse to get their misspent money back. Perhaps because the fight had started an hour late their story was believable. Otherwise the outsiders would have been suspicious of the hasty exits, in fact they were leaving only minutes after it began, Burns had knocked Jem out in 59 seconds.
I never met Jem Roche, he was dead long before I was born. The way his story was presented to me, it didn’t feel like a tragic loss, it seems that the power of the man and his many achievements overcame all disappointment. He went on to manage the County Football Team through a record six All Ireland wins, a massive achievement by Irish standards, and to own his own Hotel in the heart of Town. So when my Mother had the brainstorm to call the shop
Molly Roche she was aware that the neighboring country people still held the name Roche in high esteem. If she sold something that they needed under that name they’d be interested. She knew a lot about them, her Father had come from Killurin a small farming Village outside Wexford Town. She knew that Farmers needed clothes to work in; they weren’t going to wear boiler suits; they weren’t factory workers, they were businessmen. They needed to do all the manual tasks of a Farmer, and also conduct meetings to buy and sell their wares. She knew that they wore suits, shirts and ties. So she stocked the shop up with large dark suits, outsize only, nothing flashy or easily stained. As usual, the most successful brainstorm was to come from the most natural place